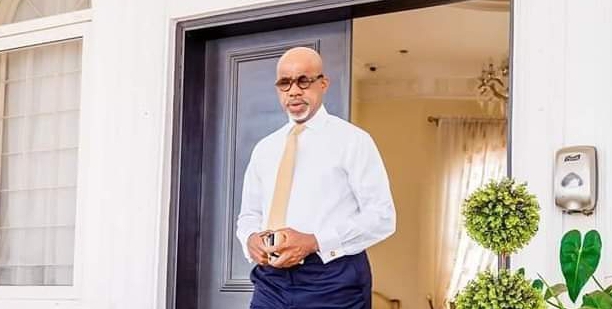 A two-term councillor in Ogun State,  Hon.  Abdulrasheed Abiola has assured that the votes within his township would be casted for the re-election of Prince Dapo Abiodun.

Abiola gave the assurance on Thursday, while he was installed by the Agura of Gbagura, Oba Saburee Bakre as the new Baale of Adio/Ajegunle Soyoye area in Abeokuta North Local Government in Ogun State.

In his acceptance speech, the new  Baale promised to do his best in bringing about changes to the community, adding that they should all rally round for the governor to be able to go for second term.

He also urge the people of the community to work in tandem with him and respect the rules, regulations and laws governing Baale’s position.

His Words: ” Today I feel elated and  very grateful to the Kabiyesi of Agura land,  Oba Saburee Ishola Babajide Bakre for his fatherly role and love to ensure that am installed as the Baale of Adio/Ajegunle Soyoye. I pray may he lives long on the throne.

“My ambition is to work with my community to ensure there is peace and more development towards the community and to ensure that  hundred percent am loyal to the agura of Gbagura land.

“I am not going to shy away from the fact that am a  politician and a member of All Progressives Congress, APC. I have been a councillor twice in Abeokuta North Local Goverment, that means am still a leader in APC as a party and by God’s grace our Governor has been doing tremendously well and in line with that we must ensure that we rally round him to be able to go for second term. We are fully behind our Governor, Prince Dapo Abiodun and by God’s grace am going to ensure that the votes within my township will be casted for Prince Dapo Abiodun” he concluded.

The installation which took place at the Palace of the Agura of Gbagura had in attendance  the entire  Descendants of Adio/Ajegunle Soyoye, friends, family and politicians who came to show him love.