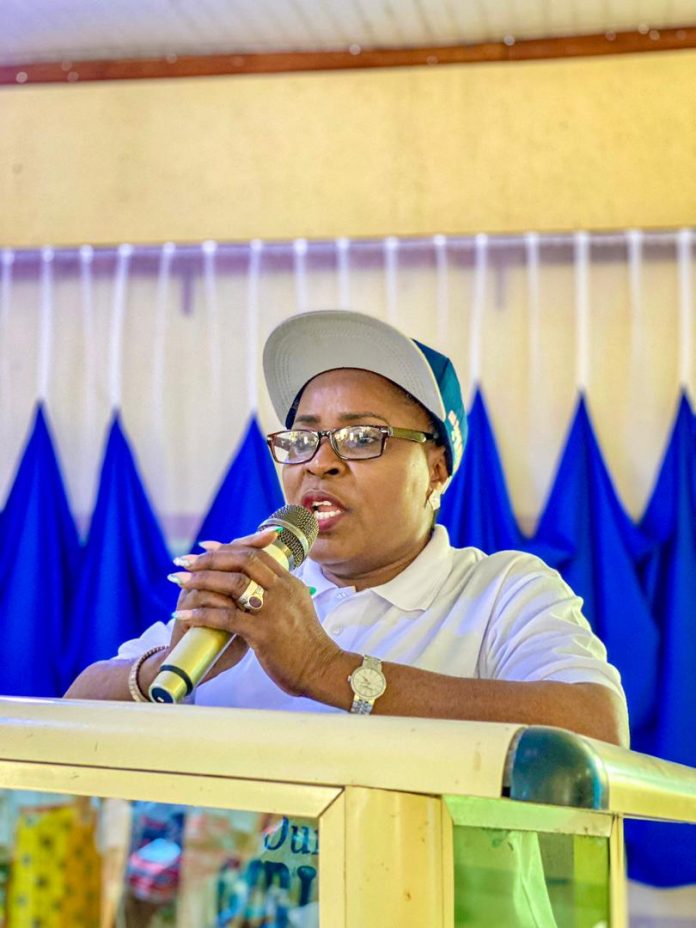 Stricken by the need for a better Society filled with ladies who would stand the gap and reform the society and nation at large with great virtue, Wife Of the Ogun state Gubernatorial Candidate of the Peoples Democratic party PDP and Founder of the Ladies of integrity, Yeye Adenike Adebutu, held a one day Lecture with female students Ogun West Senatorial district in Ilaro axis of the State.

The Programme which was Organized by the Ladies of integrity and tagged “OUR Girls ;Our Pride” with the theme : THE THREAT TO MY GENDER was graced by a Counselling Consultant Mr Kolapo Adekoya, an Elocutionist and Public Speaker Mrs Juliet Obijaku, Dr Oluwafayokemi Odubeno who impacted the students with quality wisdom and valued Knowledge, enlightening them on the compulsory need of education, highlighting it as an aircraft in conveying good dreams into reality.

The three Speakers who spoke on “The threat to my Gender, abortion and it’s complications, and Girls Etiquettes” also urged the girls to shun all sexual appearances in all forms, abortion and always speak up against all odds, shunning peer pressure from friends, family and Society and abstaining from drugs, enlightening them on its huge consequences.

Yeye Adenike Adebutu while Speaking said the Foundation was birthed after examining the critical condition of the Girl Child and out of yearning for a Society of Ladies filled with integrity, value to prosper the girl child, their family and the nation in general.

The Wife of the Gubernatorial Candidate while donating learning materials also charged the female students to live with a goal to be remembered for , hard-working and be good role models.She also charged them to be apostle of the girls pride both in career, behavior, physically, educationally, spiritually and mentally.

In her words “The girl child is a major instrument in achieving a great Society which we are all yearning for, our girls should stand and surpass the legacies of renown women both in Africa and across the globe

Some other dignitaries present at the event includes the State President of the Foundation, Mrs Wuraola Arojo, Ogun West President Evang Lola Odedele,
Secretary of the Foundation Chief Mrs Bolanle Adekale, Mrs Lara Sholarin, amidst others.