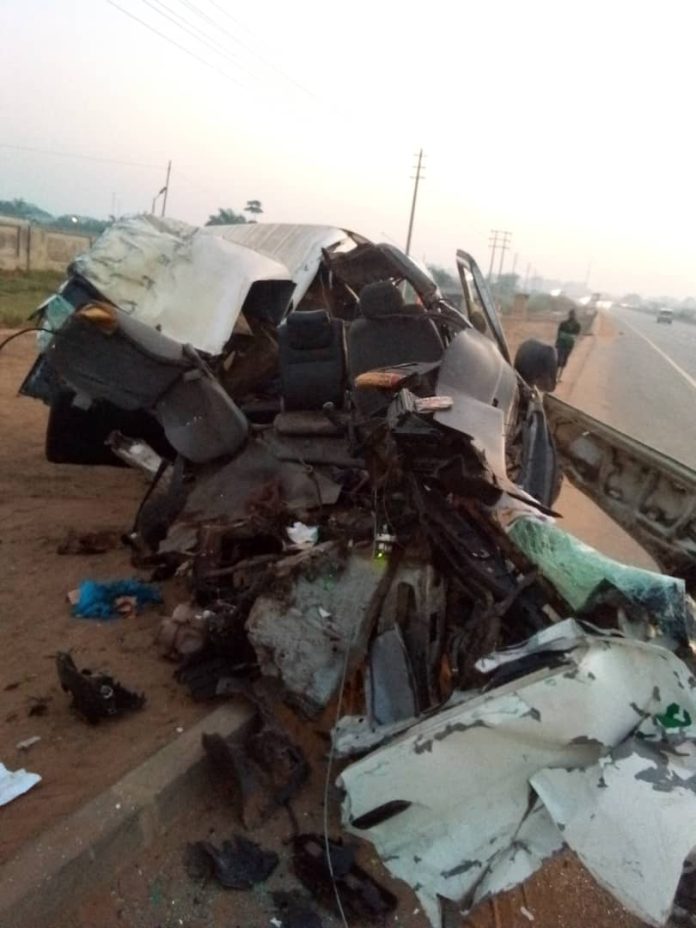 Three persons have died while six others sustained varying degrees of injuries in an accident along the Lagos-Ibadan expressway on Sunday.

The accident occurred at 5.50am at the Kara turning of the highway.

According to her, 18 persons who are all male adults were involved in the accident.

She said, “Six persons sustained various digress of injuries and unfortunately three persons were recorded death from the crash and the remaining people were unhurt.

“The suspected cause of the crash was excessive speed from the bus driver who made an attempt to overtake the truck, but was not successful, rather he loss control and hit the truck at the rear and the truck did not stop.

“The injured victims were taken to Famobis Hospital for medical attention while the corpses were deposited at Idera Hospital morgue Sagamu”, Okpe said.

She added that, the Sector Commander of the FRSC in Ogun, Ahmed Umar has described the crash as unavoidable if caution was put in place and the passengers playing their rules while in the vehicle by cautioning the driver against reckless driving.