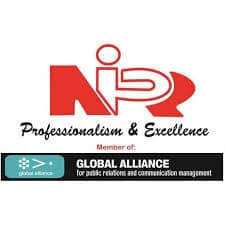 As Christians all over the world celebrate the birth of Christ, denoted by Christmas, the Ogun State Chapter of the Nigerian Institute of Public Relations has emphasised sacrificial service to humanity,even as it calls for love and support for the less priviledged.

The Chapter in a message by its Chairman, Mrs Seun Boye, observed that the true essence of Christmas is sacrifice, which was exemplified by the death of Christ for the redemption of the souls of mankind on the cross of Calvary.

” The sacrifice by our Lord Jesus Christ made the celebration of Christmas, which the world now celebrate with fanfare a reality, hence the need for mankind to imbibe the spirit of sacrifice and love by engaging in sacrificial service to humanity which is pivotal “, she said.

She also emphasised love for one another, saying the love Jesus Christ had for mankind made him to pay the supreme sacrifice.

According to the Ogun NIPR Chairman, Christmas season is also a season of giving, just as Christ gave his life for mankind, calling on the people to remember the less priviledged as they celebrate.

She charged all to make moderation their watchwords as only the living celebrate.