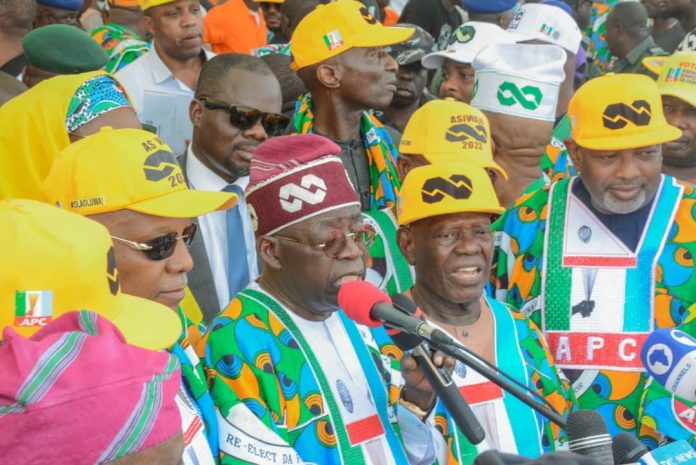 The presidential candidate of the All Progressives Congress (APC), Bola Ahmed Tinubu on Wednesday alleged to plans to sabotage 2023 general election by the conspiracy of the powers that be.

He alleged that the plot is being hatched up through fuel crisis scarcity and naira redesign.

“They don’t want this election to hold. They want to scuttle it. Will you allow them?”, Tinubu asked the teeming supporters at the MKO Abiola stadium, Kuto, Abeokuta.

The former Lagos Governor, however, vowed that Nigerians defy fuel scarcity and trek to cast their votes.

He said the forthcoming polls would be a superior revolution.

“They have started coming up with the issue of ‘no fuel’. Don’t worry, if there is no fuel, we will trek to cast the vote.

“If you like increase price of fuel, hide the fuel or change the ink on the naira notes, we will win the election,” he said.