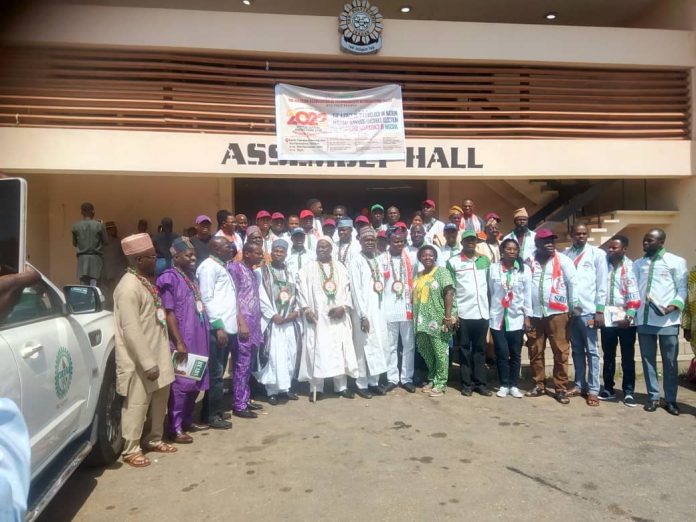 The National President, Nigerian Association of Technologists in Engineering (NATE), Dominic Udoatan, has described technology as an important tool in nation building towards credible elections in Nigeria.

Udoatan, who was represented by the NATE Vice-President, Southwest zone, Mr Oluremi Tokede, stated this at the annual lecture, induction and award ceremony organised by NATE, Oyo State branch, on Saturday in Ibadan.

The 2022 annual lecture had the theme: “The Impact of Technology in Nation Building Towards Credible Election to Sustain Democracy in Nigeria.

According to him, political education should be conducted continuously through various Information Communications Technology (ICT) tools to create political awareness and enlighten Nigerians of their electoral rights in all seasons.

Udoatan added that the annual lecture would give the stakeholders in the engineering profession the opportunity to brainstorm to proffer solutions to challenges facing the profession in Nigeria.

The guest lecturer of the occasion, Dr Emmanuel Adesina, said that ICT over the years, had played a great role in different human endeavours, ranging from education, governance, medicine to aviation, which had liberated man from various crude lifestyles.

Adesina added that ICT had the potential to re-invigorate citizen’s political participation and democratic process.

“When civil society, the electorate, important stakeholders and future voters are adequately prepared for the use of ICT in democratic process, it will deepen and sustain democracy in a society, like Nigeria, ” he said.

Earlier, the Oyo state Chairman, NATE, Adebayo Busari, also a member of the Nigerian Society of Engineers(MNSE), said that lecture aimed to enlighten the participants on the impact of technology in the electioneering process as 2023 general elections approached.

Busari noted that stakeholders in the engineering profession should rise to examine the effect of technology on the promotion of democracy in Nigeria, come up with recommendations considered to be helpful for the promotion of the country’s democracy.

One of the new inductees, Mr Sakiru Salami, a technologist, said that being a member of NATE would speed up his career progression as it served as one of the criteria to become a registered member of the Council for the Regulation of Engineering in Nigeria(COREN).