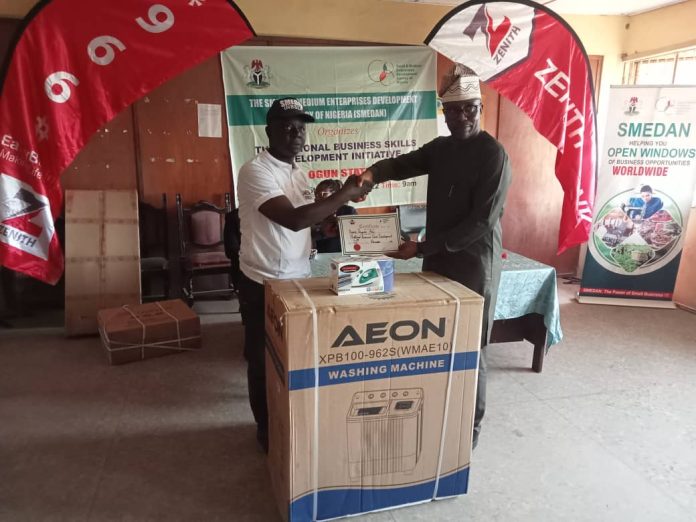 The Small and Medium Enterprises Development Agency of Nigeria (SMEDAN) has empowered 90 entrepreneurs engaged in fashion, make-up and laundry service with work equipment in Ogun.

Mr Olawale Fasanya, the Director-General, SMEDAN, disclosed this on Friday in Abeokuta at the closing ceremony of a five-day National Business Skills Development Initiative (NBSDI).

Fasanya, who was represented by Mrs Funto Babaride, the Chief Enterprise Officer, SMEDAN, said the aim of the programme was to eradicate poverty and reduce unemployment rate in the country.

He noted that in a bid to support the Micro Small and Medium Enterprises (MSMEs) in a practical way, the Agency developed the National Business Skills Development Initiative (NBSDI).

Akintomide expressed joy over the support SMEDAN had given in addressing the challenges confronting the
MSMEs in Nigeria.

He said that the state government would continue to support and create an enabling environment for the MSMEs.

Awoniyi said that 90 beneficiaries who were participants in three different vocations were enlightened on entrepreneurial skills in achieving profitable business.

Speaking on behalf of the beneficiaries, Mrs Funmilayo Obadina thanked the management of SMEDAN for the kind gesture towards them, saying that they were delighted to be trained and supported with equipment.