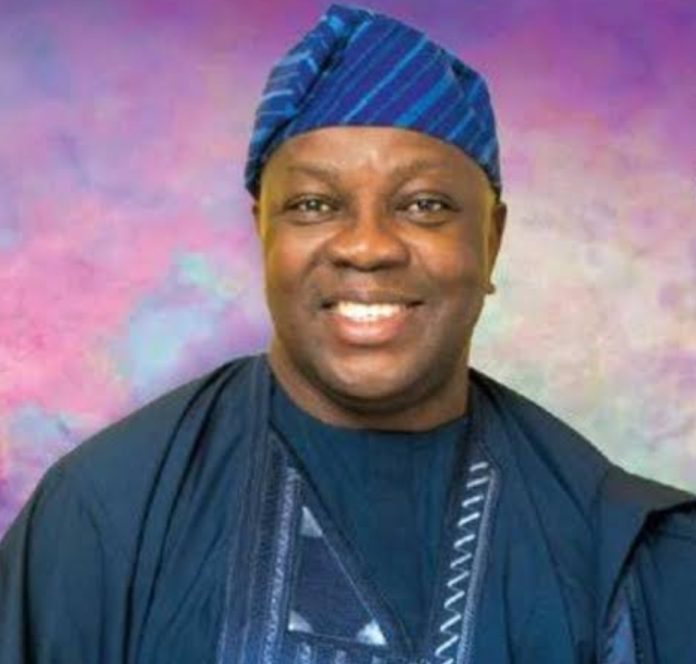 An Ogun State governorship hopeful on the platform of the African Democratic Congress (ADC), Barrister Biyi Otegbeye, has dismissed any notion that he could possibly join the All Progressives Congress, stating emphatically that he is committed to the mandate given him as the gubernatorial flag-bearer of ADC in the forthcoming elections.

Otegbeye, while fielding questions from newsmen at his residence on Sunday, debunked a news item making the rounds that he and his supporters had defected to the ruling party in the state.

It would be recalled that some online news medium reported that someone with a similar surname “Otegbeye” and a handful of other persons with seeming pecuniary motives, met Governor Dapo Abiodun two days ago and pledged to work for his second term bid.

In his reaction, Barrister Biyi Otegbeye said, “Nothing can be farther from the truth because it is a lie from the hellish pit of Dapo Abiodun! It is public knowledge that I resigned from the APC immediately after the party’s primaries and joined the ADC; where I emerged the gubernatorial candidate of the party. Even though there is currently an attempt to subvert that mandate using the judicial process, we are confident that our appeal will be successful and our candidacy will be fully restored in no distant time”.

According to him, “It is unfortunate that the handlers of Governor Abiodun, sensing their impending failure, have resorted to this cheap and infantile strategy to misinform the public. I see it as nothing but desperation at its peak. What they cannot achieve through the courts, they want to do so through falsehoods and deceit”.

Continuing, “Any sportsman who has prepared adequately will fear no opposition. The current administration does not want to compete because they have no meritorious ground to ask for the people’s mandate for a second time”

He expressed his happiness with the recent development where the court affirmed the candidates of the PDP, a development which makes the March 11th 2023, a three-way contest.

“Sadly Governor Abiodun prefers an uncontested election hence his heavy deployment of Ogun State resources towards attacking and meddling in the affairs of ADC and PDP”.

Otegbeye, fondly called BOT, further said it was impossible for him to join the APC as doing so will amount to a political suicide.

“I have no reason or motivation to do so. To do so will mean betraying my party and ignoring the cries of civil servants, pensioners, artisans, women, youths, students, religious bodies, traditional organisations across the state and Diaspora indigenes; who are suffering untold hardship under the current administration and have vowed never to return the current administration to power”.

The business man and insurance magnate reassured the Ogun State electorate of his commitment to fix the current decay in the state. “I am irrevocably committed to fix the current rot in the system, restore the dignity of the people and set the state on the path of sustainable socioeconomic growth and development by creating opportunities for all”.

He stated further that all members and supporters of ADC all over the state are happy with the party and are not distracted by the antics of Dapo Abiodun.

“I have a mandate in my hand which I will protect with the prayers, goodwill and support of the good people of Ogun State. I will take that mandate to the polls on March 11th 2023 and convert it to election victory for my party, the African Democratic Congress (ADC) and ultimately, the beginning of a greater Ogun State”.

In a similar reaction, the ADC in Ogun State, through its Publicity Secretary, Barr. Olumide Onabanjo, rejected the report in its entirety, describing it as fake, a low-priced spin by APC lapdogs and another purchased endorsement by the sinking administration under Dapo Abiodun.