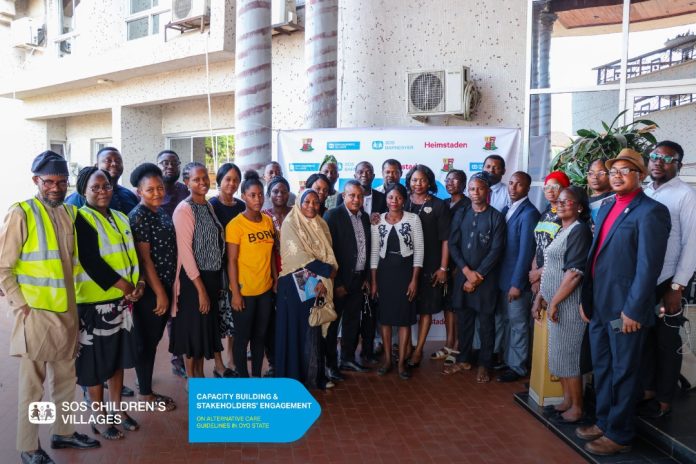 Erhumwunse said that there had been increased reports of cruel, abusive and humiliating conditions in the so-called ‘orphanages’ or institutions and other poor-quality residential facilities, especially for children with disabilities or behavioural difficulties.

Represented by Mr Ayodeji Adelopo, the Regional Programme Manager, South, he noted that institutional care isolates children from the outside world, with rules and systems that infringe on their individuality, rights, psychology and emotional needs.

According to him, United Nations(UN) guidelines on child alternative care promotes the principle of necessity that there should be no unnecessary care placement and the principle of suitability.

“The guidelines urged the government to assure a range of family support measures. It also recognises both formal and informal care which include options such as adoption, kinship care, foster care, small group homes and residential care at the extreme end of the continuum of care.

“The guidelines also addresses the need of children in all emergencies, while stressing the primary goal of tracing and reunifying children with their families to maximum extent possible before any other permanent solution is pursued,” he said.

Also, Mr Lateef Ariori, Director, Child Welfare, Oyo State Ministry of Women Affairs and Social Inclusion, said that remarkable legislation had been passed to address the care, protection and rights of children as well as the promotion of healthy families living.

Ariori added that the creation of the Family Courts, both at High Court and Magistrates’ Court levels in the state, was a significant innovation of the Child’s Right Law.

He said that the current administration in the state remained committed to the suggestions made in accordance with the African Charter on Rights and Welfare of Children, UN guidelines for alternative care of children and UN convention on the Rights of the Children.

Commenting, the Lead Judge, Oyo State Family Court, Justice Adenike Adeeyo, said that the Child Rights Act, 2003 has been domesticated in 2006 in the state, known as Child Rights Law.

Adeeyo, represented by Deborah Collins, a lawyer, said that cases of criminal matters and others against children had been specifically addressed since September 2020 when the Family Law came into existence.

She urged government, non-governmental organisations and other stakeholders to increase awareness on alternative child care guidelines and child rights law at the grassroots.

Adeeyo said that this would be done by leveraging the technology through social media, child help line and other platforms.