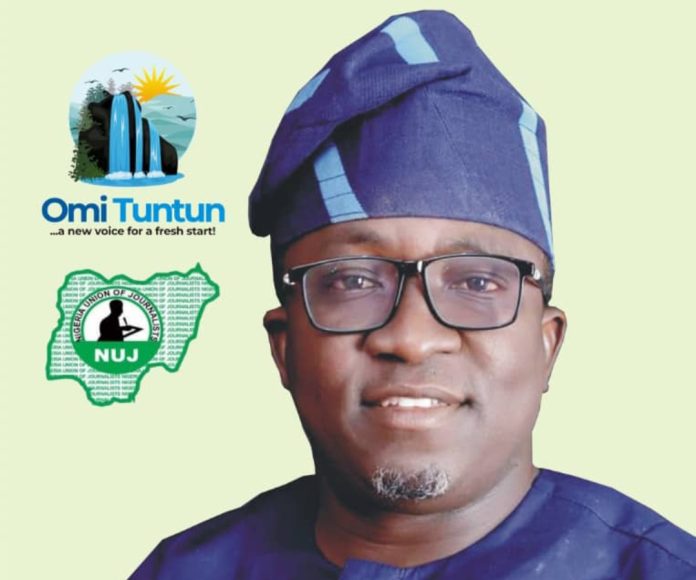 Mr Wale Olanrewaju of the State Information Chapel has been declared winner of the chairmanship election into the Ogun state Council of the Nigeria Union of Journalists.

In an election held at the council secretariat in Abeokuta, Olanrewaju defeated his opponent, Mrs Remi Olugbenro from the Paramount FM Chapel who had 149 votes with 165votes.

Mr Bunmi Adigun of OGTV chapel won the election for the post of the council secretary with 177 votes while his opponent Nike Olowe from Local Government Information Chapel had 129 votes.

Also, Mr Abiodun Lawal of Correspondents’ Chapel and News Agency of Nigeria was elected the Vice Chairman with 179 votes, Mr Idris Adelakun of OGBC Chapel elected the treasurer with 165 votes.

The Chairman of the Electoral committee, Demola Babalola appealed to the winners to work in restoring the lost glory of the Ogun NUJ , advising those defeated to accept the results in good faith.

In an interview, Olanrewaju thanked God for the victory , adding that it would be a fresh start in the council and that the progress of the council would receive priority.

The new chairman noted that it was important to bring everyone on board in order to restore the lost glory of the council.