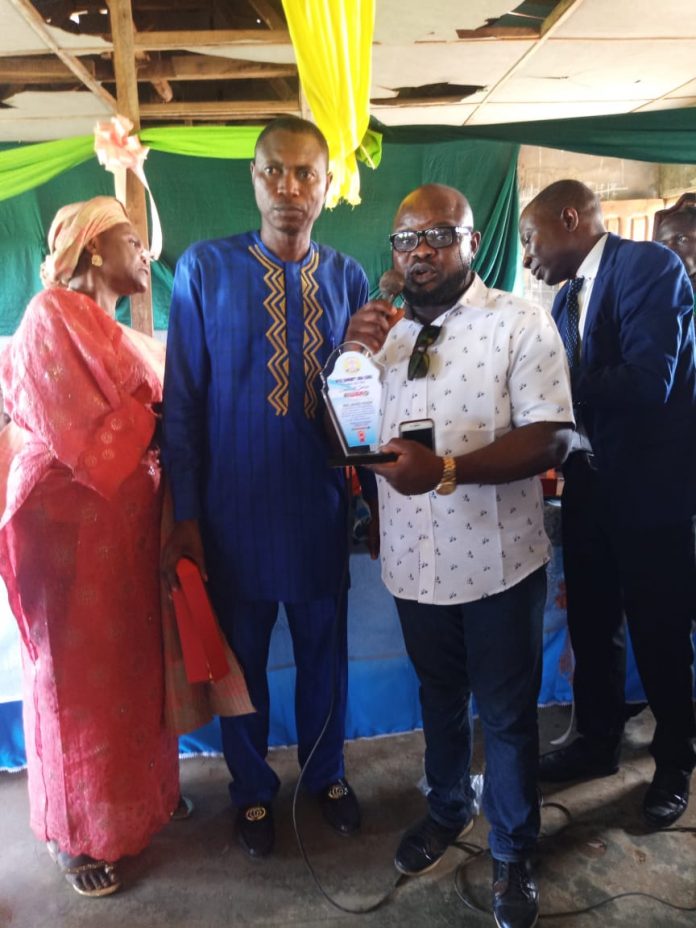 It was an eventful occasion, As Orita Community high school played host to Dignitaries from all corners of Yewa land and it’s environ on the occasion of it’s 41st Anniversary and community service award presentation held at the school hall.

Orita Community High School, Oja Odan, Yewa North LGA of Ogun State, is a government owned secondary school situated in the heart of Oja Odan in yewa land, and abit close to the Eselu’s palace, has been in existence for over 40 years and has produced many intellectuals that are doing well in their own shoosing career both home and abroad.

At the occasion that was well attended by sons and daughters of Yewa land has the Ogun state SUBEB Chairman Chief Dr. Femi Majekodunmi as chairman of the occasion, he was ably represented by Mr. Babatunde a director at SUBEB, Pastor Abiodun Martins the President of Orita Alumni in his keynote address gave God all the glory for the opportunity given to him to serve.

He also thank the founding fathers as well as all the community leaders for their support towards the development of Orita community high school since 40 years, he urged them not to relent in their endeavours to making Oja Odan a well developed community.

Also Pastor J. Wale Olojede the guest speaker, in his speech commend the old student association of the school for their effort so far in making sure that infrastructural, and educational development is kept alive in the school and Oja Odan in general. While using the 5W and H in his narratives hugged the students to make positive history in all their endeavours.

Orita community high school management and Oja Odan community development association used the occasion of the school 41st anniversary to honour those that have supported both the schools and the community in their developmental strides, among this honoured is BBC Pidgin for their meritorious broadcast.

And you will recall the BBC Pidgin’s documentary on the state of learning at Community primary school, Ilupeju in Oja Odan, as they have not a single classroom block, but months after BBC Pidgin visited the school both the federal and ogun state government came to build blocks of classrooms, solar powered security lights and even huge water system that is now been enjoyed by both the school and the community.