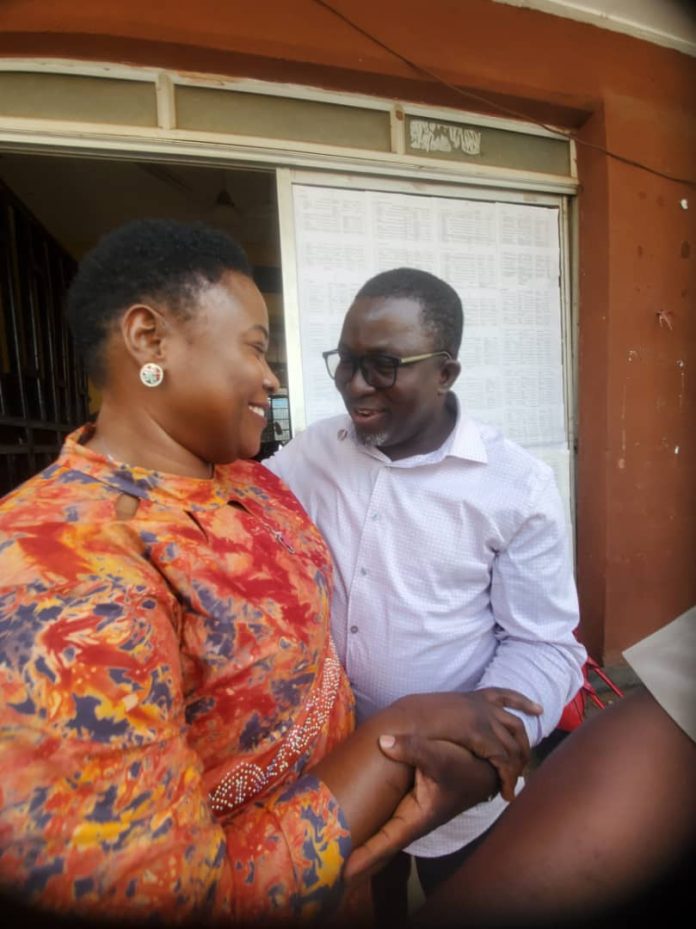 The Igba Otun team at the last Nigeria Union of Journalists (NUJ), Ogun state council’s election have paid a courtesy visit to the new exco, promising to support the exco to succeed.

Led by it’s chairmanship candidate in the last election, Comrade Oluremi Olugbenro congratulated the new exco on its victory at the poll.

The team also commesirated with the new exco on the demise of Prince Henry Ojoye, who until his death was the publisher of the Digest Magazine.

Speaking on behalf of the team, Comrade Kazeem Olowe, promised that the team would give the new executives necessary supports, while calling on its supporters to give the exco the needed cooperation.

In his response, the state chairman, Comrade Wale Olanrewaju, lauded the team for the visit, saying that the state NUJ belongs to all members.

Olanrewaju added that he would ensure that sanity returned to the council, calling on members to support the executives with lofty ideas that would bring about development of the council and its members.

” There is nothing like Omi tuntun or Igba Otun group again. That has gone with the election. We are one big family and we will work together for the overall progress of the council.