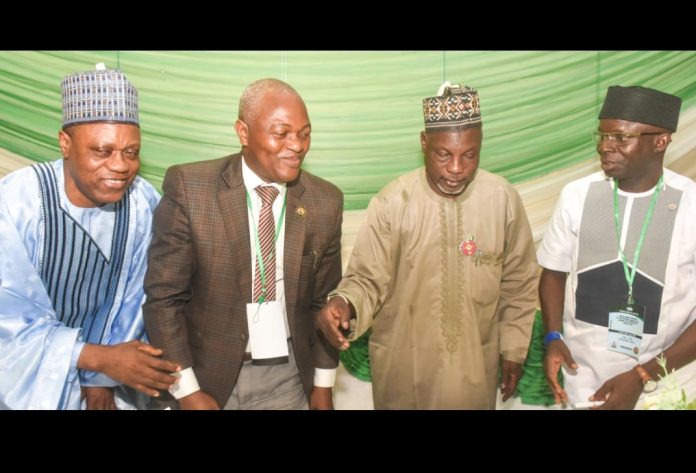 The National Bureau of Statistics (NBS), says it will begin the zonal dissemination of its MPI Report in January 2023.

Mr Semiu Adeniran, Statistician General of the Federation and Chief Executive Officer, NBS, said this at 2nd Bi-Annual Meeting of the National Consultative Committee on Statistics (NCCS) 2022 in Lagos on Wednesday.

The purpose of the 2nd Bi- National Consultative Committee on Statistics (NCSS) meeting is to strengthen the Coordination of Statistical Production among major practitioners and professionals as well as other players in the Nigerian Statistical System.

Highlights of the 2022 Multi-dimensional Poverty Index survey by NBS reveals that 63 per cent of persons living within Nigeria (133 million people) are multidimensionally poor.

The national MPI is 0.257, indicating that poor people in Nigeria experience just over one-quarter of all possible deprivations.

Adeniran said that under the process, the results of each state in the respective zones would be presented in more detail.

He noted that the MPI report would have details such as methodology and computation process that would be explained further.

The Statistician General drew the attention of participants to two major ongoing Surveys, Nigeria Living Standard Survey (NLSS) and the Nigeria Labour Force Survey (NLFS) which are being conducted by NBS in collaboration with the World Bank.

According to him, NLSS will provide detailed information on household consumption, education, health, employment, housing conditions, assets, household enterprise and other key non-monetary indicators of welfare.

On the other hand, he said that the NLFS is a strategic survey designed to collect and analyse labour market statistics for the country, including the generally understood and widely anticipated headline unemployment and underemployment rates.

“While the unemployment and underemployment rates are very important figures that indicate the number of persons economically engaged, the NLFS also contains a lot more equally interesting and important information that offer useful insight into the health of the labour market in Nigeria,” he said.

Adeniran said that under the process, the results of each state in the respective zones would be presented in more details, including the methodology and computation process explained further.

“In doing this, it is our hope that executives will have a much better understanding and interpretation of the results and be better placed to apply them in their budgeting and policy decision making processes.

“This will assist to alleviate poverty and deprivations in their states,” he said.

He said that the meeting would seek to provide updates and harmonise statistical activities, and discussions as well as reflexions on how to move the statistical system in Nigeria forward, with each member, playing their respective parts.

Adeniran said that the theme for the meeting; “The Direct Implication of Sectorial Statistics in Curbing Inflation”, is extremely fitting for the current times in the country.

According to him, inflation has become an issue of major concern all over the world.

Adeniran said that the impact of inflation on households and businesses both within and outside the country cannot be ignored.

“You only need to listen to some of the numbers and headlines emanating from some African nations and beyond, to fully understand the severity of the global situation we are facing.

“In Ghana, Ethiopia and Rwanda, inflation for the month of October was reported at 40.4 per cent, 31.7 per cent and 31 per cent respectively.

“Countries in the West are also reporting record inflation figures, with the UK recording its highest rate of 11.1 per cent, since 1981, a high of forty years.

“With these high levels of inflation, we can best imagine the effects on household consumption and poverty levels in those countries, and the report of this effect is all over the news if we simply look,” he said.

He, however, noted that the bureau was working hard to support government along these lines.

Adeniran charged the participants on the need to remain relevant and collaborate to move forward the bureau, particularly into the new year for a professional and independent assessor of socio-economic conditions in the country.

Also, in his remarks, Chairman of Governing Board, NBS, Dr Kabiru Nakaura, said the task of the meeting was to meet the need of good and realisable statistics across all tiers of government for informed decision and policy making.

“Hence, it is pertinent for all countries to have established statistical agencies such as the National Bureau of Statistics in the case of Nigeria, whose work it is to collect, process and disseminate such statistics.

According to him, planning and evidence based policy making can only be effective when statistics is promoted as a tool for development.

He advised participants to work with the Chairman and Statistician General of the Federation in sharing experiences and exchanging ideas on issues affecting the NCCS, thereby improving the quality of data procuced by its various members.

He also urged them to always maintain leadership role in the provision of statistics in making decisions, develop acceptable national statistics standard and encourage collaboration in statistical activities.

Earlier, in his opening address, Gov. Babajide Sanwo-Olu of Lagos State, said the meeting came at a time the state government was holding a revenue retreat to restrategise the efforts in ensuring increased Internal Generated Revenue (IGR) to achieve its development agenda, called “THEME Agenda”.

Sanwo-Olu, represented by the state Director of Statistics , Mr Bashiru Oseni-Ope, said that the meeting strenghten the coordination amongst major practitioners and professionals as well as other players in the National Statistical System in Nigeria Data Plan.

He said that it would also assist in any development role with reliable and timely information for effective planning, budget, implementation of programmes and projects as well as monitoring and evaluation.

The governor urged the participants to be involved actively in the meeting for the development of the country, saying, ‘data has become new oil with emerging global use of artificial intelligence and data science in general. NAN)