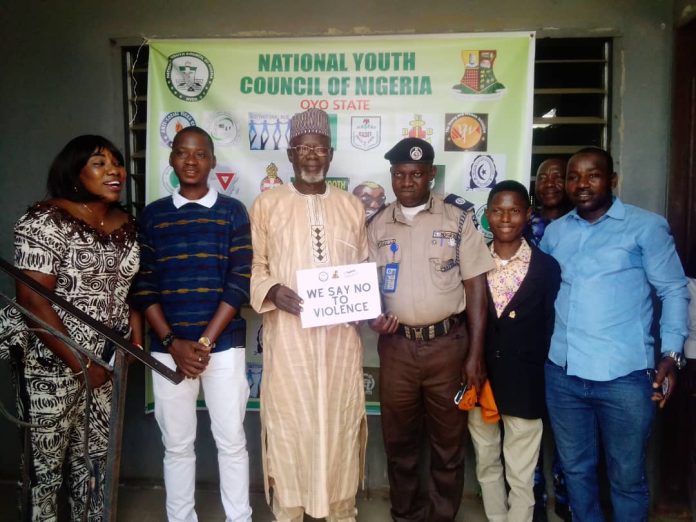 The National Youth Council of Nigeria (NYCN), Oyo State chapter, had cautioned the youths in the state to avoid being used by politicians for election malpractices.

The Chairman, NYCN, Oyo state, Comrade AbdulQuadry Abdulsalam, made the call at the launching of the year 2022 Youth Campaign Against Thuggery and Electoral Malpractices(YCATEM) project organised by NYCN, Oyo state on Monday in Ibadan.

The campaign had the theme: “2023 General Elections in View; Youth as Emissary of Peace.”

Abdulsalam said that the project YCATEM was an initiative of NYCN, Oyo state chapter, to sensitise the youths in the state on how the political leaders take advantage of vulnerability of the youths to achieve their political ambitions through electoral violence.

According to him, the project YCATEM would not limit its scope to youth sensitisation but also seeks to engage other major stakeholders such as political parties on the need to have free, fair, inclusive and credible elections as 2023 general elections approached.

The keynote speaker, Mr Ademola Babalola, the Oyo State Chairman, Nigeria Union of Journalists(NUJ), urged the youths to be politically conscious, join hands together with determination to take over political positions.

Babalola noted that youths remain the building blocks for every developed nation. He added that youths have strong pivotal roles to play if 2023 general elections would be successful.

He advised the youths to get their Permanent Voters Cards(PVC) ready and vote for a secured future for themselves in the 2023 general elections.

The Patron, NYCN, Oyo state, Prof. Sabitu Olagoke, noted that the YCATEM project would include moral teachings about elections, good parenting, cultural, education and religion teachings especially in the grassroots with less education about election violence.

Olagoke said that a youth with good cultural, education, religion and family upbringing would not collect any money from a politician for the purpose of causing violence during elections.

In her submission, Mrs Olaide Adegbola, the Executive Secretary, Oyo State Agency for Youth Development, said that the identified population and crucial roles of the youths in the election process informed the need to organise YCATEM to turn the youths to positive change agents.

Earlier, the NYCN YCATEM Project Chairman, Comrade Timothy Morenikeji, said that the YCATEM project was a collaborative effort with the Non Governmental Organisation(NGO) and voluntary organisations to ensure free and fair elections.

Morenikeji said that NYCN had been using the YCATEM project to provide leadership training and sensitisation programmes for youths whenever the election approaches and has successfully carried out the project in past elections in the state.

The launching event featured sensitisation lectures from representative of the Nigeria Police Force, Nigeria Security and Civil Defense Corps(NSDC), National Orientation Agency (NOA) and panel sessions from youth leaders of the political parties in the state.