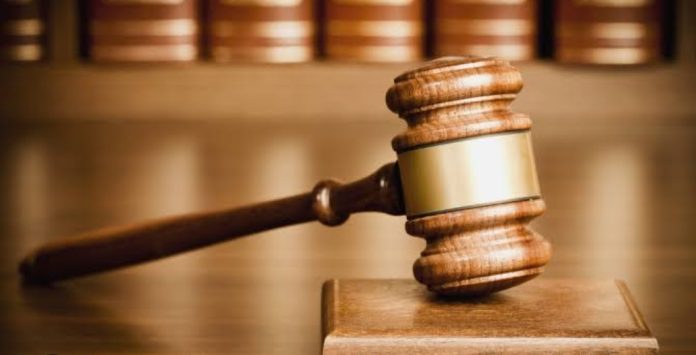 An Abeokuta Magistrates’ Court on Friday sentenced a 20 year old man Akeem Quadri, to 14 years imprisonment for sexually abusing a seven-year old girl.
Quadri, who had pleaded not guilty to the one-count charge, was convicted for sexual abuse
Delivering her judgment, Chief Magistrate, Mrs I.O Abudu, held that the prosecution proved it’s case beyond reasonable doubt that the convict was guilty as charged.
She held that the evidence presented by the prosecution was tenable and therefore, sentenced Quadri to 14 years imprisonment without an option of fine.
However, Earlier during the trial, an officer of Nigeria Security and Civil Defence Corps (NSCDC) who handled the case, ASC Adeola Oluwaseun, told the court that the convict committed the offence on June. 9 at Bode Olude area in Abeokuta.
According to the prosecutor, the convict is a bricklayer who was working in an uncompleted building around the area.
She said the convict went to buy satchet water from the little girl mother’s shop and after then asked her to bring cup for him where he was working.
“When the victim went to give him the cup, the convict lured the girl (name withheld) into the uncompleted building, asked her to pull off her pants and sexually abused her by penetrating through her anus.
She said the convict was arrested by officers of the Nigeria Security and Civil Defence Corps (NSCDC) who handled the case.
She, owever, said that the offence committed contravened the Child Rights Laws of Ogun 2006.