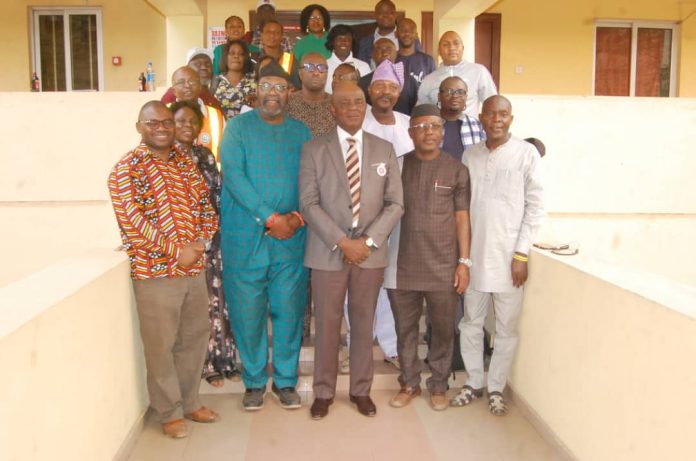 In order to prevent the huge flood that happened in most states of the federation last year, the Ogun state government has called for the assistance of the Federal government in its flood mitigation programme especially in providing concrete lining on all its secondary erosion trunks.

Ogun State Governor, Prince Dapo Abiodun made the call when he received the Presidential Technical Committee on Flood who are on a fact finding mission to the state in Abeokuta.

Represented by the Commissioner for Environment, Mr Ola Oresanya, Governor Abiodun said the concrete lining will increase the hydrodynamics of the secondary trunks which are constantly dredged by the state government thereby preventing flooding especially in the urban areas.

While stating that flooding in the state can be traced to two sources- urban and coastal, Abiodun said the current government since its inception in 2019 have put measures in place
to manage and mitigate it.

These measures according to him are the establishment of the Ogun State Waste Management Authority OGWAMA with over eighty percent waste collection efficiency which reduced significantly dumping of waste into drainage channels and waterways as well as” Environmental Permit” from the Ministry of Environment which is in conjunction with the Ministry of Physical Planning and Urban Development which stop residents from building on flood plains across the state.

He therefore called on the federal government to aside from the concrete lining of all erosion secondary trunks look at other ways to assist the state governments as well as residents to manage and mitigate flooding, praising the Buhari led government for its bottom-up approach to solving the flooding problems across the country.

Responding, the Leader of the Presidential Committee, Dr Godstime James said the committee is the state to look at areas often affected by flood with a view of finding lasting solution to them adding that their reports will be submitted to the federal government for appropriate action.

The Presidential Committee members were later taken to all flood affected areas as well as drainage and canal sites in the three senatorial areas of the state for on the spot assessment.