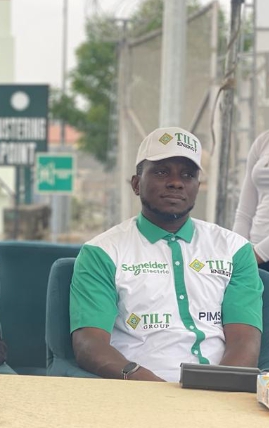 Tilt Energy says Nigeria is expected to increase her power capacity with an additional 125 megawatts to the national grid by end of first quarter 2023.

Awodiji said this was with the completion of the Olorunsogo Power Plant by the Niger Delta Power Company.

The managing director explained that the Niger Delta Power Company was currently revamping the steam turbine of the Olorunsogo power plant, which was located in Ogun State.

“Once we are done with that project, we expect about 125 megawatts extra to be added to the grid from the steam turbine alone, which we are working on.

“We are fixing the steam turbine of the Olorunsogo power plant. We have been working on that for a couple of years also we are nearing completion within this first quarter of this year.”

According to him, the Olorunsogo Power Plant project is a very significant milestone for a local company to execute working with strategic partners like Schneider Electric.

Speaking further on the just commissioned NGML gas distribution office, he said the project shows the pedigree of a company.

Awodiji said this was not just to be able to do construction projects of this standard but to be able to work in the oil and gas industry, with their safety standards.

He noted that Tilt Energy had a very strong fabrication base and process automation, adding that it was proud to have been part of many flagship projects, including this.

Awodiji said aside from being able to work in the oil and gas industry, Tilt Energy had also shown its capacity to work in a live site, where you have gas distribution.

The managing director said the company was glad to have completed the project without any safety incidents.

“We are glad for NNPC gas marketing limited for giving us this opportunity to showcase our core competence.

“Like I said we are an epci company so civil construction is literally just a small part of what we do,” he said.

Awodiji said further that the NNPC Gas Marketing Limited office was designed and constructed by Tilt Energy on schedule within the stipulated 12 months timeframe.

Speaking, Mr Justin Ezeala, Managing Director, NNPC Gas Marketing Limited (NGML), said that in spite of the challenges Tilt Energy had at the beginning, he was particularly proud of their capacity to deliver on schedule.

He said he was happy that the project was situated at one of the biggest partners, which was also one of the reasons they felt that this would be the best way to site the project here to kind of keep an eye on what they are doing.