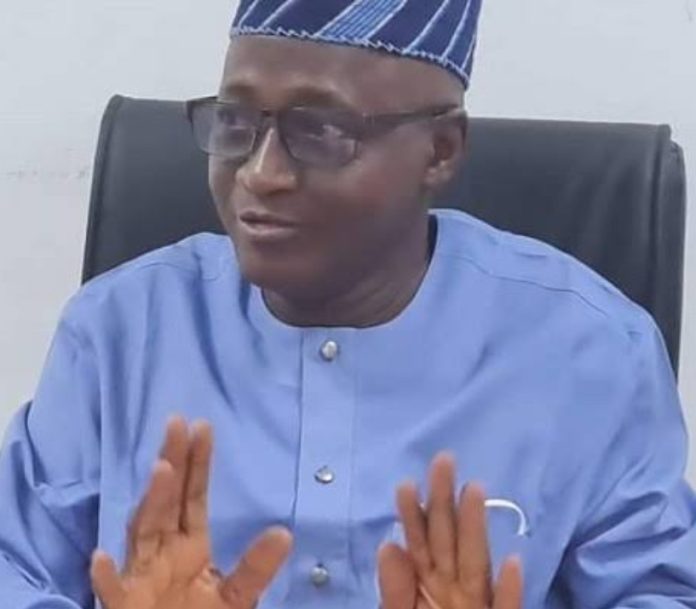 Mr Tunde Oladunjoye, the Spokesperson, All Progressives Congress (APC) in Ogun has identified the need for Journalists in the country to sanitise the profession and embrace more innovation aimed at restoring the confidence of the audience in media contents.

Oladunjoye, also the Chairman , Ogun State Television (OGTV) Board of Directors, stated this while delivering his lecture at the 3rd Akinhanmi Memorial Lecture held in Abeokuta on Friday.

The lecture is titled: “
Journalism and Ethical Issues in Nigeria”.

Oladunjoye identified the great role of the media in entrenching democracy in Nigeria and the resilience of Journalists in educating, informing and entertaining the Nigerian populace.

He noted that various ethical issues in the practice of Journalism in Nigeria could be corrected with training and retraining of journalists.

He charged the Nigeria Union of Journalists (NUJ) to sanitise the profession , saying that it was important to deal with the issue of quackery tarnishing the image of the noble profession.

He described journalists as brave front line workers who were deserving of worthy recognition, saying Nigerian journalists played a key role in the delivery of democratic era.

” Influx of quacks, poor economy, professional indiscipline, ownership and censorship among others are some of the ethical issues affecting the profession,” he said.

Oladunjoye called on journalists to embrace transparency in all dealings, love their job and develop themselves as true professionals.

The Ogun APC spokesman extolled the sterling qualities of the late Akinhanmi whom he described as a thorough bread journalist whose sacrifice in Journalism would not be easily forgotten.

Family members and friends of the late Akinhanmi at the memorial lecture appreciated the management and staff of OGBC for the annual lecture , saying it was a way of immortalising the deceased.

Earlier, Dr Nafiu Aigoro, the State Head of Service, described the late Akinhanmi as a thorough professional who would continue to be a reference point in the history of OGBC as well as journalism.

In his submission, the State Commissioner for Information and Strategy , Waheed Odusile , said that late Akinhanmi’s passion for the profession made him to stand tall among his contemporaries.

Speaking at the sideline of the event, Mr Wale Olanrewaju, the State Chairman of NUJ, also described Akinhanmi as a hard working professional and an asset to the entire NUJ family in the country.

Olanrewaju, represented by his Vice Chairman, Abiodun Lawal, stated that late Akinhanmi was a thorough-bred journalist, whose legacy would be remembered for years to come in the pen profession.