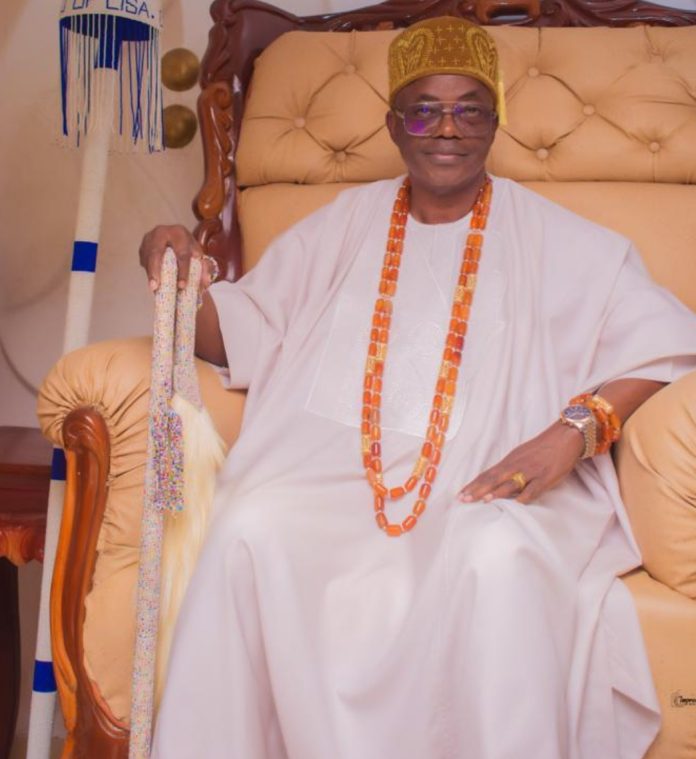 Ahead of the coming general election, Nigerians have been called upon to elect leaders that have fear of God and respect views of the masses.

Olu of Lisa Kingdom, Oba Oladele Odugbemi gave the call today during his new year message to Nigerians in his palace .

Oba Odugbemi appealed to the electorates to cast their votes for the candidates of their choice who would bring the country out of the calamities facing the nation.

He urged them to avoid votes buying.

The monarch reminded them that they should be aware that their destiny remained in their hands as the general elections approach, hence the need to shun any form of vote buying, saying what the country needed were leaders who would rescue the nation from the present economy hardship facing the entire masses.

The Olu of Lisa Kingdom charged the government at all levels to address the issue of insecurity plaguing the nation as well as the hike in prices of food stuffs in the market coupled with skyrocket price of petroleum products that are making life unbearable to the people.

He charged the commission to be truly independent in the conduct of the general elections without taking brief or order from any quarter before, during and after the elections.

Oba Odugbemi admonished the media to perform its constitutional roles as spelt out in the constitution by reporting accurately and objectively before, during and after the elections.

The traditional ruler also enjoined the media to play an unbias role by ensuring that the results of elections are reported accurately without any fear or favour.

Olu of Lisa Kingdom urged the members of his community to continue to pray for the growth and development of Lisa community, saying that their prayers and commitment are needed at this trying period to safe the community and the country as a whole from total collapse.

He assured members of his community of continuous provision of developmental projects that will take Lisa town to the next level. Oba Odugbemi therefore called on the state government to give attention to the rehabilitation or reconstruction of Ijoko- Oluke- Oyero- Lisa road axis begging for attention for over two decades.