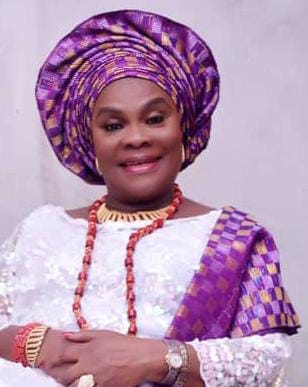 Ahead of the release of final list of all governorship and State Houses of Assembly candidates by the Independent National Electoral Commission (INEC) the governorship candidate of the New Nigeria People’s Party (NNPP) in Ogun, Dr. Jackie Kassim has withdrawn from further participation in the race.

The female governorship candidate of NNPP relinquished her candidature of the party on Sunday alongside over 4,000 of her followers in Iyadunni Movement across the 20 local government areas of the state.

Speaking with newsmen on Sunday shortly after the extended meeting with members of her Iyadunni Movement, the philanthropist and former governorship candidate of United Democratic Party (UDP) during the year 2019 elections accused the NNPP State Executive Committee under the chairmanship of Comrade Olaposi Oginni of working against the interest of the party in the state even after the Independent National Electoral Commission (INEC) had earlier published her name as the party’s flag bearer.

Citing example of distrust between her Iyadunni Movement and the NNPP SEC, Kassim explained that such a trend is dangerous for the party and as such, will be too disastrous for her political ambition to approach the 2023 general elections with a divided house as presently constituted in Ogun State chapter of NNPP.

“I can’t be working for the progress of the party, while some people will be busy sabotaging my efforts. My intention was to contest and win election, and not to negotiate with another party when election comes.

“All of us here will decide wherever we will be going, because none of my supporters must suffer. This is my position”

“All these people spoiling our chances are not indigenes of Ogun. So, I implore all of us to keep watching; whichever political party we will be moving to will be collectively decided”.

While all her followers across the 20 Local Government Areas of the state resolved to quit NNPP, they however, maintained that they would follow Jackie Kassim to whichever would be her next political bus stop.

All her followers declared that they are no longer working with and do not want to have anything to do again with NNPP in Ogun State, under the leadership of Oginin.