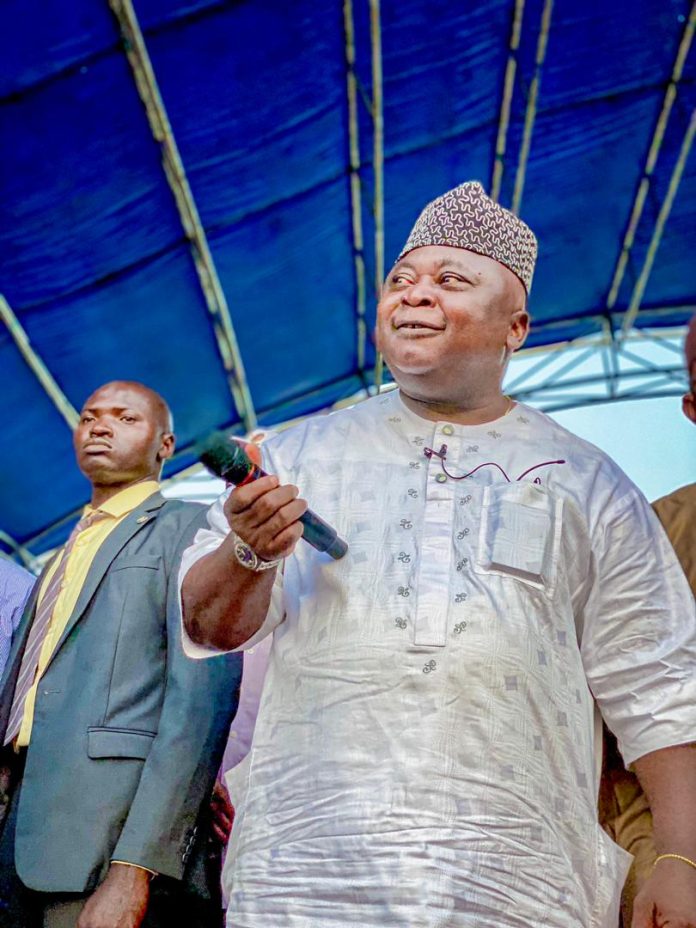 Adebutu explained that the linkage with Lagos will attract investors, especially from the private sector, and enhance the rapid development of the local government in particular and the state at large.

He made the promise on Tuesday while addressing a mammoth crowd at the PDP campaign rally in Abigi, the headquarters of Ogun Waterside Local Government Area of the state.

The PDP gubernatorial candidate noted that the development of a nation is best done from the grassroots, stressing that for this reason, his administration will support and grant local government financial autonomy if elected as Governor in the 2023 general elections.

Adebutu stated that it is only water that separates the Local Government from Lagos.

He also promised to provide farmers in the local government with the needed equipment to aid arable and fish farming which are the major occupation of the people in the area.

The governorship candidate equally donated a 500KVA transformer to the Local Government as a sign of his commitment to addressing the challenge of epileptic power supply in the area for over three years.

Adebutu urged the people to get their permanent voter’s cards and judiciously utilize their electoral power, stressing that over 400,000 voter’s cards are yet to be collected in the state as reported by the Independent National Electoral Commission (INEC).

At the event, the PDP governorship standard bearer also donated the sum of ₦500,000 to a JSS2 student, Balogun Iyanuoluwa who accompanied his parents to the campaign ground, as support towards his education and promised a transparent government that will be accountable to the public.

Also at the campaign, the State PDP Chairman, Hon. Sikirulai Ogundele, received new members to the party who defected from the African Democratic Congress (ADC) led by Elder Tade Bello, a former Chairman of the Local Government.

Ogundele urged the voters in Iwopin, Ibiade, Abigi and other communities in the local government as well as across the State to cast their votes for PDP all through in the forthcoming elections.

He emphasised the need to vote for PDP from National to the State level, adding that such would bring about a smooth, easy and hitch-free administration.

The campaign train, which was concluded at Abigi town, also witnessed Yeye Adenike Adebutu, the wife of the Gubernatorial Candidate who appreciated the people of Ogun Waterside Local Government for their immense support and prayers.

She appealed to the people of the council to vote out the incumbent government in the state which, according to her, had inflicted hardship upon the people.