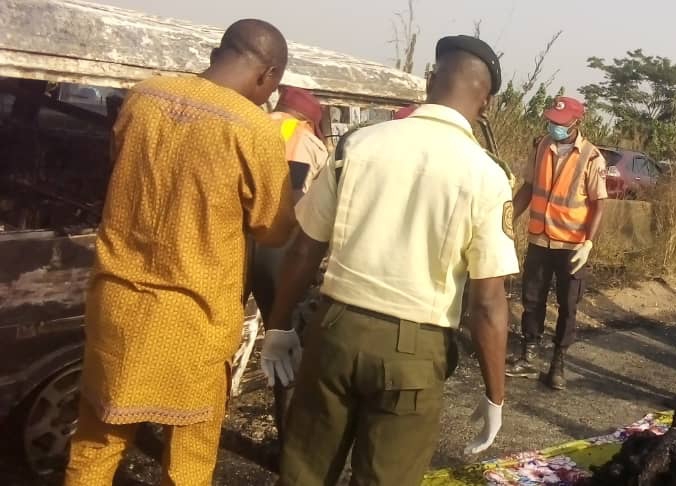 No fewer than seven persons were burnt to death on Wednesday while seven others sustained injuries when a Mazda bus suddenly burst into flames few meters before Odogbolu on the Sagamu-Benin expressway.

Akinbiyi noted that the accident occured at 2:50, adding that the bus marked AGL 886 YD suddenly burst into flames due to engine overflow.

” According to eyewitness account, the bus was coming from Kosofe area of Lagos inbound Epe for a church revival to usher in the new year, when its engine suddenly caught fire.

“The number of passengers in the commercial bus was 15, out of which seven females were burnt to death, while another seven were seriously burnt.

” However, the driver of the bus escaped,” he said .

Akinbiyi said that the injured victims were rescued to Ijebu Ode General Hospital for treatment.

He urged motorists to maintain and service their vehicles regularly before setting out on a journey.