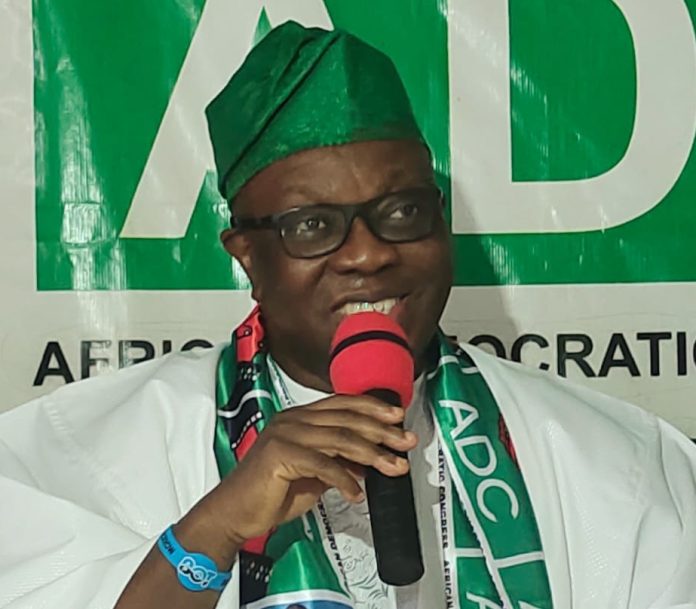 The gubernatorial candidate of African Democratic Congress (ADC) in Ogun State, Barr. Biyi Otegbeye, has referred to the various endorsements of Dapo Abiodun by Obas in the state as Procured Endorsement.

Otegbeye stated this while fielding questions from journalists during a news conference in Abeokuta on Tuesday.

The governorship candidate noted that two weeks after such endorsements, he visited the Paramount ruler of Yewa Land who prayed for him.

“Two weeks after, I visited my paramount ruler and he received me very warmly and prayed for me. Blood they say is thicker than water. There is no father that will disown his son.

“The day the father confronts the Governor especially when you have a Governor been light skinned. You say little thing and the man will want to fight He is easily irritated and wants to fight.

Otegbeye also noted that his victory at the Appeal Court had proven that democracy had come to stay in the country, saying anyone who attempted to visit the supreme court had only gone there to waste time.

“Litigations in this country is not cheap but at the end of the day, we got justice and every naira we spent was well spent and a cost was awarded against APC,” he said .

Otegbeye admitted that their issues at the national level of the party but with the case in court, he won’t speak on it.

He also reiterated that his campaign had started already and he was already receiving parties who had agreed to work with him.

“We have started campaign already. About four parties have agreed to join us and they are welcomed.”

He opposed the likelihood of joining forces with PDP or any other party.

“ADC will not join PDP but if we have to exchange ideas on how governance will be improved, we are opened.”