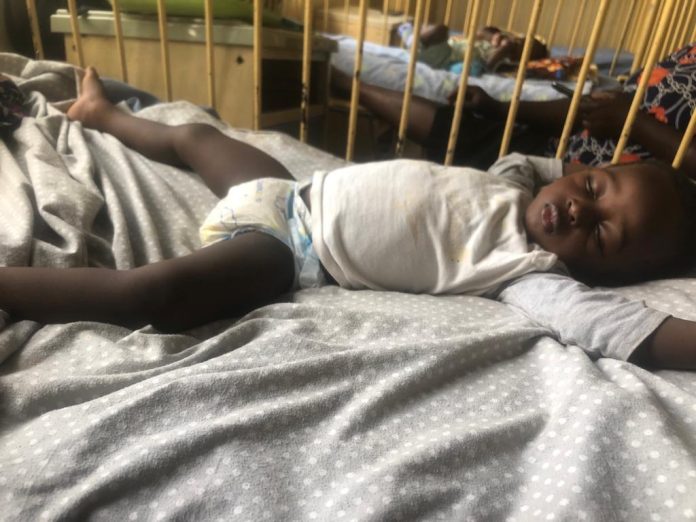 Two year -old Obaloluwa Perez Akinsola who is battling with Ventricular Septal Defect (VSD)- hole in the heart needs N5, 000, 000 for the surgery.

Father of the little boy, Temitope Akinsola said the doctor’s report indicated that there are two holes in little Akinsola’s heart which need urgent operation.

He equally stressed that the report further indicated that the toddler’s condition may deteriorate if no action is expedited.

He said “The doctor told us that there are two holes in his heart and that the two holes need to be operated on as soon as possible before it leads to something disastrous as we were told.

“He was diagnosed with a condition which in a lay man’s language is ‘hole in the heart’ the doctor told us that there are two holes in his heart and that the two holes need to be operated on as soon as possible before it lead to something disastrous as we were told.

“We went to inquire about the surgery, from two notable hospitals in Nigeria , we were able to get discounted price at one of the teaching hospitals and the cost of the surgery and some other things involved is N5 million.

We have tried our best to come up with what we can but it’s an huge sum for us , that’s why we are calling on well meaning Nigerians , parents and people who are also able to have children as well ( fathers and mothers) to come to our aide financially so that Obaloluwa can be able to be operated this february, so that he can have a better chance at living”.

Mr Akinsola however calls for donations from well meaning Nigerians to be sent to the following account.